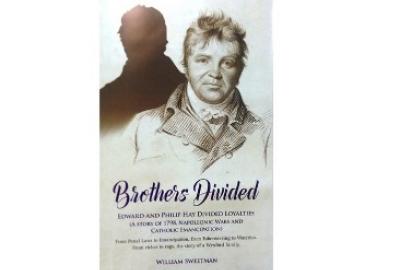 ‘Brothers Divided’ is a new biography of a leading 1798 figure, Edward Hay, by historian William Sweetman. The book will be launched at Enniscorthy Library on Thursday 11th April.

The biography also gives an account of Edward’s brother, Philip Hay. The Hays were a prominent, long-established family, who held extensive property and lands at Ballinkeele. Edward’s brother John Hay was also a prominent rebel leader who was executed on Wexford Bridge, while Philip Hay was a member of the British Army.

Please phone Enniscorthy Library on 053 9236055 to book a place. Should you require any supports to fully participate in this event, please contact the Librarian.