Dylan, Dylan and Me: How Music Writer Jackie Hayden discovered Dylan Thomas through Bob Dylan and The Beatles 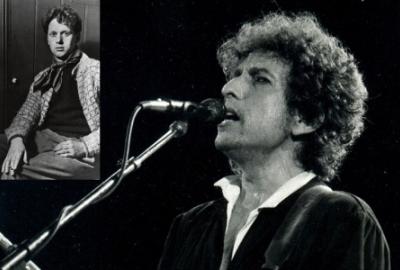 In this talk, Jackie goes back to his days as a teenage Beatles fan who then found Bob Dylan, barely forgiving him for hanging out with The Clancy Brothers. With rumours that Bob had changed his name from Zimmerman to Dylan because of the poet Dylan Thomas, Jackie sought out Thomas's work. Jackie became such an admirer that he eventually wrote a book, “A Map of Love - Around Wales With Dylan Thomas,” to refute the notion that Thomas was anti-Welsh.

This talk aims to encourage people to engage more with the work of both Dylans. The target audience are those interested in the connection between poetry and song lyrics, especially in the wake of Bob Dylan's Nobel Prize for Literature.

This talk is to mark the anniversaries of the two Dylans:
November 20: Bob Dylan recorded his first album in 1961
November 9: Dylan Thomas died, 1953.

One of Ireland’s most respected music writers, Jackie Hayden spent 29 years with Hot Press, where he interviewed artists of the stature of Mick Taylor of The Rolling Stones, Christy Moore, and Sinead O’Connor, to name but a few. He topped the Irish book charts with two editions of My Boy, his book about Philip Lynott. He has also written the e-book 'Love and Theft? Bob Dylan’s Celtic Odyssey', 'The Winner In Me' (biography of Don Baker), and the CD/book 'A Map Of Love - Around Wales With Dylan Thomas'.

Please phone Gorey Library on 053 9421481 to book a place. Should you require any supports to fully participate in this event, please contact the Librarian.