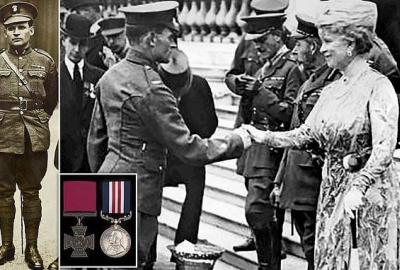 To commemorate the 100th anniversary of the award of the Victory Cross to CSM Martin Doyle - New Ross Library will host a lecture given by Irish Times journalist, author, editor and presenter Ronan McGreevy. Martin Doyle won the Victoria Cross and the Military Medal fighting for Britain in the First World War. Yet, like many of his contemporaries, he joined the IRA during the War of Independence and played his part in the struggle which led to Irish freedom. His story personifies many of the contradictions and shifting loyalties of Irish people during the revolutionary period. To book phone New Ross Library on 051 421877. Should you require any supports to fully participate in this event, please contact the Librarian.