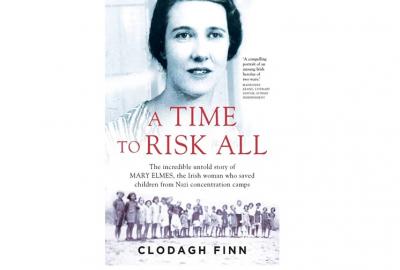 In this talk Clodagh Finn, journalist and author of ‘A Time to Risk All’, the incredible untold story of Mary Elmes - the Irish woman who saved children from Nazi concentration camps - covers her early days in Cork, her exceptional academic career, her heroic efforts in both the Spanish Civil War and World War ll. Clodagh will also talk about some of the children she saved.

Mary Elmes was an extraordinary woman. Sometimes known as the ’Irish Schindler’, she was born in Cork in 1908 and educated at Trinity College Dublin. She won a scholarship to study at the London School of Economics and travelled to Europe in the 1930s. There, she volunteered to help refugees during the Spanish Civil War. Nothing could have prepared her for the horrific suffering she would witness, but she was determined to aid as many people as she could.

Clodagh Finn has been writing and editing for over 25 years. She spent 10 years at the Irish Examiner before studying at the European School of Journalism in Paris and working there as a freelance writer and editor. She later worked for the Sunday Independent and Irish Independent for 13 years, most recently as production editor of Weekend magazine. She currently works as a freelance feature writer, editor and trainer and writes a weekly column for the Irish Examiner.

Please phone Bunclody Library at 053 9375466 to book a place. Should you require any supports to fully participate in this event, please contact the Librarian.