Wexford's War of Independence 1919-21: Exploring the Activities of the IRA South Wexford Brigade with Barry Lacey 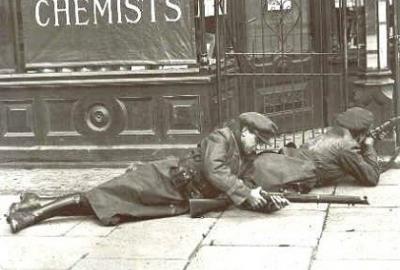 Barry is an archaeologist from Ballycarney who has given various talks of local interest before in Wexford Public Libraries.

Around the country, ordinary people from different backgrounds voluntary joined the ranks of the IRA.

Formed into flying columns they were constantly on the move, trying to evade capture, while at the same time, waging a guerilla war against British forces.

Should you require any supports to fully participate in this event, please contact the Librarian.