Wexford County Council Public Library and Archives Service offer a vibrant and exciting Decade of Centenaries Programme which has been approved by the Department of Culture, Heritage and the Gaeltacht.

This plan has been designed and adapted to fully comply with necessary Public Health restrictions imposed on the community due to the Coronavirus Pandemic. The project plan has been adapted to enable online delivery and to increase public access to the digital collection for the revolutionary period of the War of Independence and the Civil War in County Wexford.

There are a number of strands to Wexford County Council’s Decade of Centenaries plans.

In addition to continuing to digitise our local newspapers for the period, we have also identified a number of items, recently acquired/deposited items which will enhance the range of revolutionary period material in our archive. These include the Enniscorthy UDC minutes for the 1919-23, and a number of historical documents – relating to the War of Independence and Civil War in Co. Wexford. These will benefit the local community by being made more widely available through the local branch network and on The County Wexford Archives website.

-    An on-line exhibition of material from the 1920 Local Elections in County Wexford will be hosted on the County Wexford Archives website.
-    On-line exhibition for in branch Digital display units and TV screens concentrating on War of Independence anniversaries in 2020, hosted on Wexford Public Libraries YouTube Channel with links available through social media.

Our lecture program of talks, short films or webinars by prominent historians of the revolutionary period includes:

-    Exploring the Role of Cumann na mBan in Co. Wexford and the effects of conflict on women and children in the County with author and historian Liz Gillis.

-   Short video, of various War of Independence sites of activity around County Wexford including old images and interviews with local community with Barry Lacey, archeologist and social historian.

-    A four part series on the War of Independence in Co. Wexford presented by Jarlath Glynn, originally broadcast March 2020 on South East Radio. 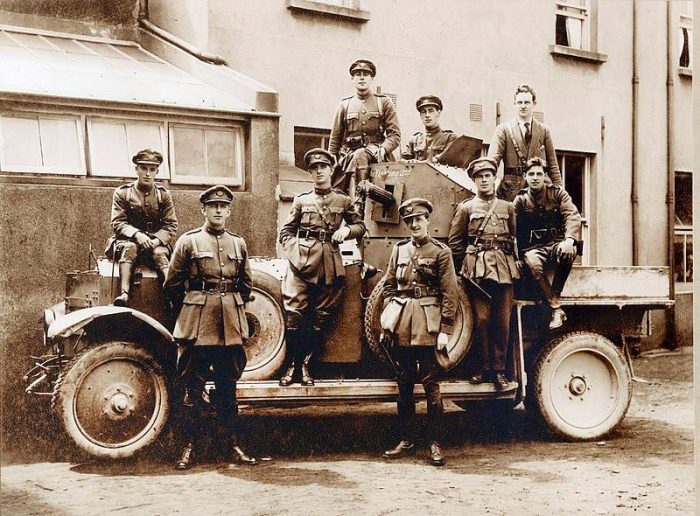 National Army troops in Wexford during the Civil War.

Wexford County Council is delighted to announce that it has commissioned History Ireland Hedge School to produce a podcast which discusses historical events in Wexford from 1916 to 1923.

The podcast is available on the Wexford Public Libraries YouTube Channel

While not in the vanguard of armed activity during the War of Independence, Wexford has the distinction of being one of the few counties outside Dublin that saw action during the 1916 Rising. However, it was also one of the few places where John Redmond’s (a native of the county) Irish Parliamentary Party maintained a substantial level of support throughout the revolutionary period. To interrogate these apparent contradictions, you can listen to History Ireland editor, Tommy Graham, in discussion with Bernard Browne, Ida Milne, William Murphy and Kevin Whelan.

The panellists are eminent historians and have all published books in relation to this period in history. Bernard, Ida and Kevin also originally hail from County Wexford.

Cathaoirleach of Wexford County Council, Ger Carthy says, “As Chairman of Wexford County Council, I am delighted to announce the launch of this important new podcast that explores events during the Decade of Commemorations in County Wexford. Some of Wexford’s most eminent historians will be discussing events in the County and I would encourage people to engage with the podcast in the days and weeks ahead.”

Bernard Browne is the author of County Wexford and The 1916 Rising: The Literary Legacy (Pike Press, 2015).

Ida Milne is the author of Stacking the Coffins: Influenza, War and Revolution in Ireland, 1918-1919 (Manchester University Press, 2018).

William Murphy is Associate Professor in the School of History and Geography in DCU’s St Patrick's Campus, Drumcondra.

This podcast is available at https://podcasts.apple.com/us/podcast/history-ireland/id1503109266 and https://www.historyireland.com/hedge-schools/ or wherever you get your podcasts.

This podcast is supported by Wexford County Council Public Library Service and the Department of Tourism, Culture, Arts, Gaeltacht, Sport and Media under the Decade of Centenaries 2012-2023 initiative. 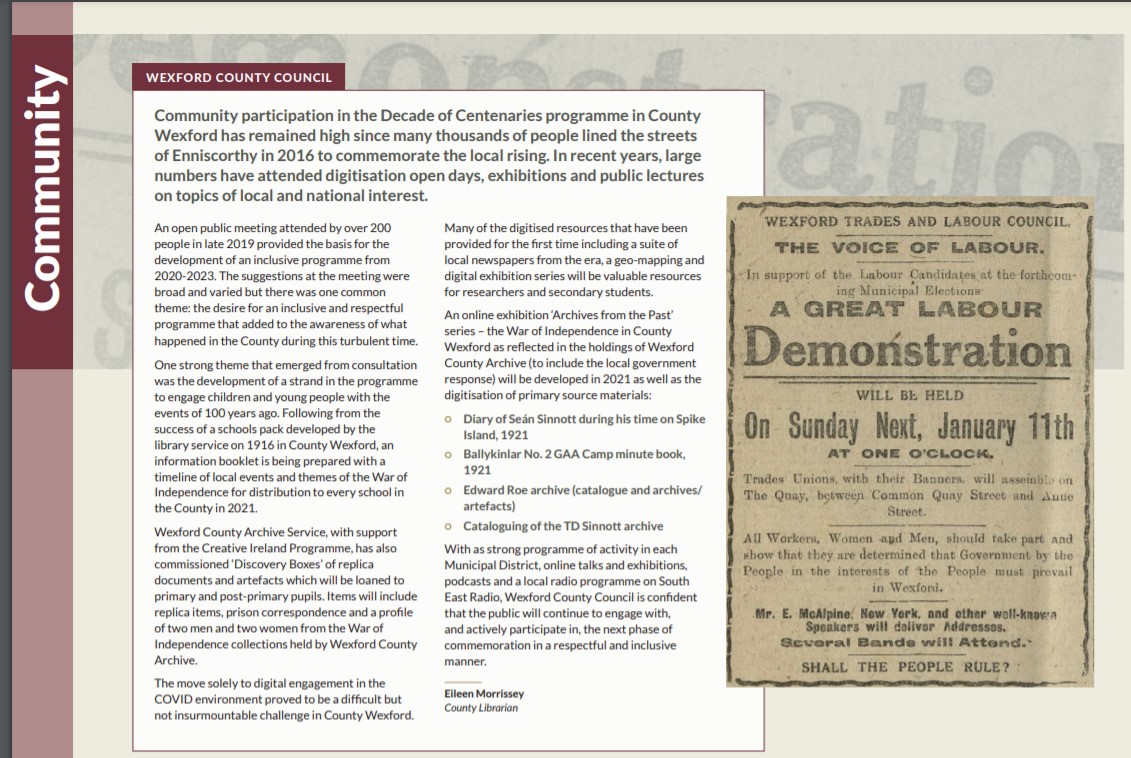 Stay With Me
30th April