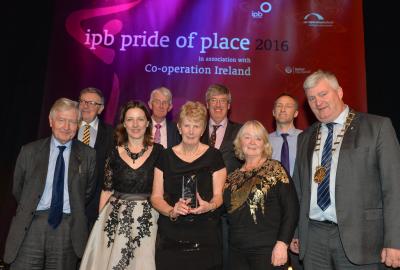 At the annual Pride of Place Awards Ceremony on Saturday (26 November), two groups from Co Wexford were presented with awards in the competition. Wexford MarineWatch took one of the Special awards while Hope Cancer Support Centre took runner up place in the Communities Social Enterprise Initiatives category.

Regarded affectionately by many as the ‘Community Oscars’, the 2016 IPB Pride of Place Awards in association with Co-operation Ireland were attended by voluntary groups and organisations from across the island who were honoured at the special gala event in front of an audience of approximately 1000 guests and VIPs with many more people tuning in to watch the live stream on-line.