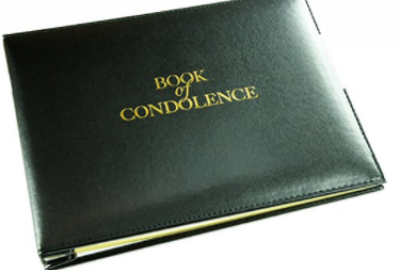 Wexford County Council has today opened a Book of Condolences for the family of the late Mr. Liam Cosgrave, former Taoiseach and Former Leader of the Fianna Gael Party.

The resolution to do so was passed at the recent October monthly meeting of Wexford County Council, having been proposed by Councillor Kathleen Codd-Nolan and seconded by Councillor Larry O’Brien.

"Liam Cosgrave was deeply committed to serving the people of Ireland throughout his entire life and it is fitting that we provide this opportunity to the many people of County Wexford who wish pay tribute to his significant contribution to political life in Ireland” said Councillor Hegarty. “Liam Cosgrave was a person who devoted his life to public service and he was admired and revered among politicians and members of the public across Ireland."

Mayor of Wexford Councillor Jim Moore described the late Mr. Cosgrave as a politician held in the highest esteem by people throughout Ireland, one whose contribution to Irish society continues to be acknowledged to this day, and one that has earned him a widespread and deserved admiration and respect.

The Books of Condolence will be available for signing from 9.00am tomorrow, Tuesday, 24 October at the following locations:

Books will be available for signing until Friday 10 November, 2017.

Call for Expressions of Interest for the Supply of Social Housing

Call for Expressions of Interest for the Supply of Social Housing

Changes to Hours of Operation at Wexford Community Call Helpline